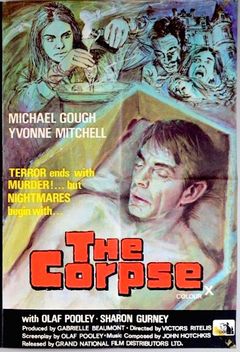 Edith and her 16 year old daughter Jane, are at the mercy of the physically and mentally abusive Walter. Walter sexually abuses Jane as well and has turned his own son Rupert into a Junior version of Walter. The only way for Edith and Jane to break free from Walter is to kill him which they begin to set their plan in motion. Edith and Jane follow Walter to the cottage and spike his drink with sedatives. Then Edith shoots him dead. Mother and daughter drag his body upstairs and stage a fake suicide. Free at last? Or not so fast... Can Walter go away that easily? When Rupert realizes his Father has not shown up for work, Edith and Jane go back to the cottage and find the wooden box with Walter's body. They load their car and drive up to the embankment where they dump the body. Nobody will suspect anything right? Now the monster is dead and Edith and Jane are out of captivity. Walter can't inflict any harm now can he?

After a brief time, someone enters the house. It is Walter back from the dead. He torments Jane's conscience by hanging upside down the rafters. Then the following morning he comes down for breakfast looking sharp and normal as though nothing ever happened.  Hi Honey, I'm home!!!!

The morally and emotionally bankrupt have a superhuman strength that can survive death. Walter will never die and his spree of torment will continue...
Posted by the nightmare nook at 12:30 AM