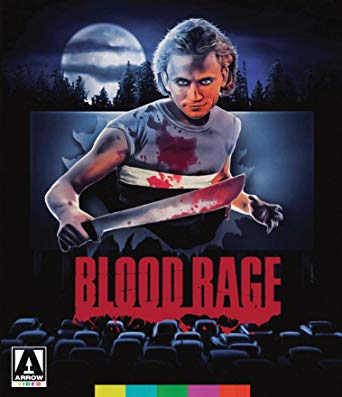 This is a story of twins, Terry and Todd. Terry is severely titched in the head due to an appetite for murder. Todd is titched in the head for witnessing Terry murder someone as a child and then pins the blame on him. Their mother Maddy is a wine-o. Todd does time in a mental institution while Terry goes on to live the good life. Years later as adults, Todd escapes the mental institution and Terry goes on a machete wielding killing spree.

The bond that twins share is unbreakable. But did Terry and Todd end up in the wrong womb? Maddy for one, in not entirely emotionally stable herself and seems to enjoy her flings with men a bit too much. To get his mother's attention, Terry as a little boy, slaughtered a man making love to his girlfriend at the drive in and smears the blood on Todd, framing him. Maddy was too busy making out with her boyfriend that she did not even know that the two boys woke up and escaped from the car. Todd, taking the blame, spends his entire childhood in the institution, while Terry goes onto becoming Mr. Popular with his friends and girls. He is a glorified Mama's boy. He will not share the spotlight with anybody, not Todd and not his Mom's fiance. So when Todd, now all grown, escapes the mental institution, he attempts to confront Terry and their mother, which results in Maddy shooting Terry dead then turning the gun on herself. Todd is free at last...or is he???

Posted by the nightmare nook at 6:00 PM