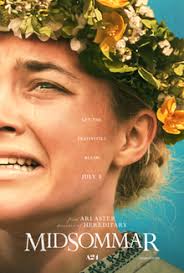 Definition Of Cult: a relatively small group of people having religious beliefs or practices regarded by others as strange or sinister.

Charles Manson had a cult. So did the Wacko in Waco David Koresh. A cult is its' own country with a leader who is diabolical. What do cults do exactly? How do they find you? They prey on the weak and vulnerable. Their sixth sense can track you a mile away. They brainwash. Your weakness is their oxygen. They will suck the sanity and life out of you. In their alternate reality, rape, incest, and human sacrifice is the norm. Were they ever human? Maybe at one point. They too were weak and vulnerable. They too had fears. Nobody ever intended on alleviating those fears, only exacerbating them. They are wolves in sheep clothing. In due time, the only sacrifice they will make will be you once they no longer have use for you. It is a very dark and traumatizing road to walk on with a severely tragic ending. A complete and utter waste of humanity is the darkest tragedy of them all. If only there was somebody carrying a lantern far down that road to show you the light and salvation before your blood ends up all over the hands of the sinister cult.

Posted by the nightmare nook at 1:00 AM