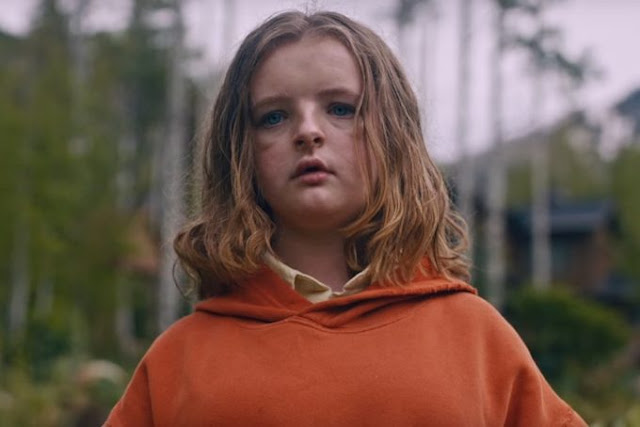 Mental illness is an enigma to some. Not everybody "gets it". Ignorant people compare illnesses. "If it is not physical, it can't kill you. Just pop a pill and the world will be a calm and mellow place. Stop whining. Don't be a coward." What have we not all heard before?

Annie Graham's life is a mere illustration of what mental illness can do to a family. Sometimes there is no resolution and the conclusion is a very grim one at that. Losing a mother whom you had a very strained relationship with, then losing your child in a horrific accident, inadvertently caused by the other child, leaving them decapitated, exacerbates the already fragile self. Annie was an hourglass; running out of time and ready to break at any given moment. And when she broke, a whole Pandora's box of trauma and tragedy flew wide open.

Her relationship with her son Peter grows more and more sour after Charlie's tragic demise. However, Charlie's spirit is around them causing bizarre and nightmarish occurrences. For instance, Peter sees a diabolical apparition of himself in school, causing him to slam his head on the desk, breaking his nose. The family illness in conjunction with Charlie's malevolent spirit has reared its tragic head as the father gets burned to death after Charlie's sketchbook is thrown into the fire, and Annie becomes possessed and decapitates herself with the piano wire. Peter is left all alone with a coven of worshipers. Peter now has a new role; the role of Paimon the King Of Hell. Sanity has now officially exited their lives as now Peter is drowned into a sea of diabolical madness.